Fade To Black are an indie rock band from Lansing, Michigan. The band originally formed in 1990. They recorded two albums and played live dates in the early 90's. The band broke up in 1991, but they reformed in April of 2009. Since reuniting, Fade To Black have signed with Silver Maple Kill Records (November 2011), played numerous live gigs all over the state of Michigan, and released their third studio album, "Black Is Back" in June 2010 on GTG Records. In February 2011, Fade To Black released their first live album, "Live in Lansing" on GTG Records. Songs from all of their studio albums have been played on college radio, satellite radio, and internet radio in seven countries.

The band released their fourth studio album called "G Street Panorama" in 2013. Fade To Black continue to write new material and play live gigs. Fade To Black describe their music as "Modern Classic Original Rock". Their musical roots are deeply entrenched in the Classic Rock they grew up listening to like The Who, The Rolling Stones, The Ramones, Iggy Pop, David Bowie, Black Sabbath and so many more. The four members of Fade To Black all contribute to the band as songwriters. Their sound ranges from hard rock, pop, acoustic, punk, and reggae. 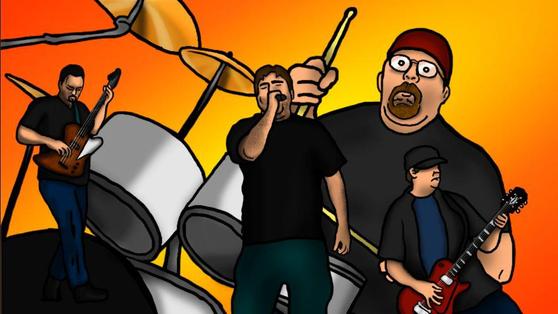